‘The Putter’ is the name of a short documentary that went viral over the internet and showed the world that Sheffield still produces some of the finest quality steel appliances. And there’s more fascinating footage. With love, from Sheffield.

We are proud that the team of Business Insider asked us if they could make a documentary about Ernest Wright for their ‘So expensive’ series. Our handmade scissors have been produced in Sheffield, England, for over 100 years. But compared to a $2 mass-produced pair, the kitchen scissors will cost you over $100, and a pair of professional tailor’s shears cost $315. So just what is it that makes them so ‘expensive’? – That’s what they wanted to find out, reflected in this great video.

Life is about trying your best. At Ernest Wright, we always strive for perfection. From the masterputters, like Cliff and Eric, to our Dutch businessmen, Paul and Jan-Bart, who saved the workshop from bankruptcy. Mercedes heard about our hard work and the revitalisation of a 116-year old family business. They visited us in Sheffield and produced this wonderful little documentary. Watching it makes us so proud of everything at Ernest Wright.

Cliff Denton is “The Putter,” or more specifically he’s a ‘putter-togetherer of scissors.’ As the modern world has moved toward machine-made goods, Denton and his unique skills are working diligently at Ernest Wright of Sheffield, the last remaining hand manufacturer of scissors. Filmmaker Shaun Bloodworth captures the story of how these household tools are put together and perfected in this beautiful, wordless short film. Shaun was interested in the “tiny little movements and millions of adjustments” they made to produce scissors. The film features a soundtrack by The Black Dog.

We owe a lot to Shaun, who sadly passed away in 2016. We cherish the little masterpiece he made about Ernest Wright.

“We had a great day working with the team at Ernest Wright. It was fascinating learning about the process and watching the attention to detail. I liked them so much I even bought a pair. Places like Ernest Wright are a rarity in the automated throw away world we live in” – Chris Leah,  photographer (& video)

THE DISAPPEARING ART OF MAKING SCISSORS BY HAND

‘The disappearing art of making scissors by hand’ is a BBC film by Susannah Reid in which Eric Stones, one of the two “Master Putter-togetherers” at the factory, spoke to BBC News about his disappearing craft. His saying ‘Every pair a jewel’ is on our new packaging, as it captures the art and dedication that goes into making the perfect pair of scissors.

In August 2012, Paul Martin and his ‘Handmade Revolution’ team visited our highly skilled craftsmen at the Ernest Wright scissor workshop in Sheffield. This is the resulting segment from the show, aired 19th October 2012.

Another short documentary about Sheffield based Ernest Wright. A video about a family owned business, where the filmer was impressed by the ‘inspiring team that have trained for years in order to become putter-togetherers of scissors’.

Directed, filmed and edited by Hen Pritchard-Barrett
Music by The Books

Covering South Yorkshire for BBC Look North , Mark Ansell noted ‘a very enjoyable story about the resurrection of a traditional Sheffield business thanks to the internet’.

It tells the story about how the company was saved from closure thanks to the video on the internet that’s spread around the world (See ‘The Putter’ above). As Ernest Wright was on the verge of closure after a hundred and twelve years in business due to a lack of orders, everything changed when Shaun Bloodworth created a short film of what we do and posted it online.

OTHER STORIES FROM ERNEST WRIGHT

No video, yet moving. 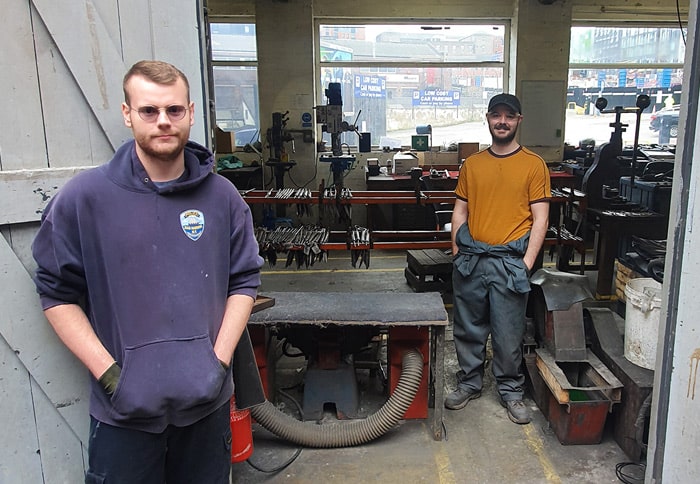 With your support, we're making it through Like many companies, Ernest Wright has faced challenges during the coronavirus crisis. As the virus started to take hold in the UK, we had to send home our older staff – master-putters Cliff and Eric – for their own...

END_OF_DOCUMENT_TOKEN_TO_BE_REPLACED 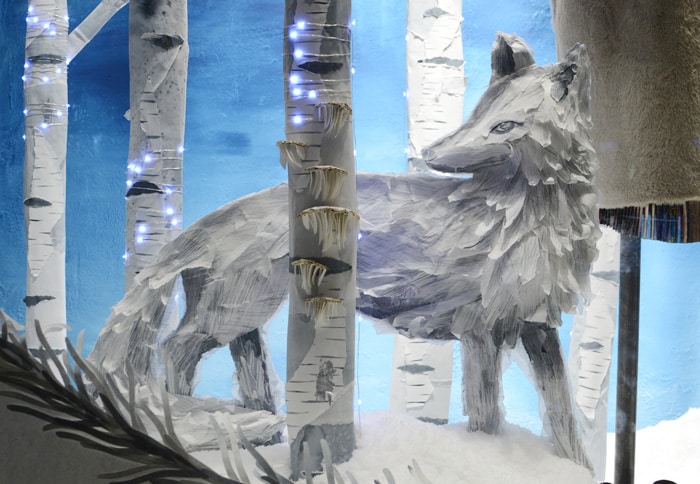 Ruby Fox creates out-of-the-ordinary experiences for shoppers, theatre-lovers and festival-goers through her installation art. We spoke to Fox about how she crafts weird and wonderful microcosms from a studio, here in Sheffield...

END_OF_DOCUMENT_TOKEN_TO_BE_REPLACED 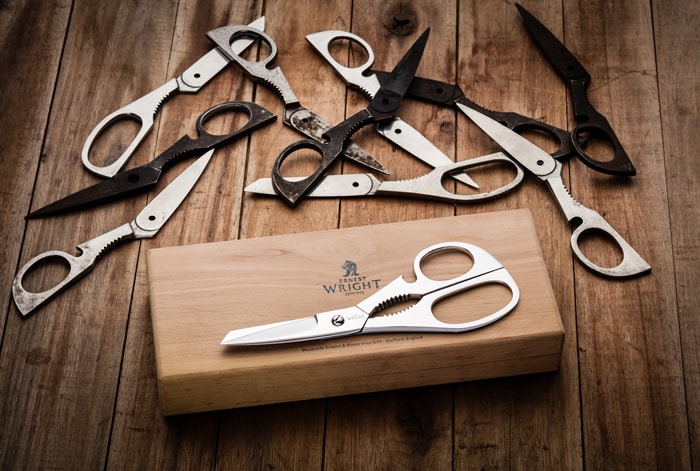 Over the last year, we’ve been awaiting the right opportunity to bring back a classic kitchen scissor, the Kutrite. Now, a breakthrough is near. Ernest Wright has teamed up with a tool and die specialist who shares our vision...

END_OF_DOCUMENT_TOKEN_TO_BE_REPLACED 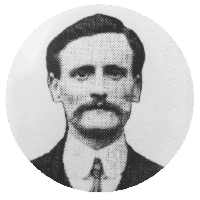