Ilkley-based artisan Jenni Smith believes every quilt has a story to tell.
THE STORY

Jenni Smith has spent much of her life making things. She grew up surrounded by craft and creativity, especially at her family’s mill space in Cowling, West Yorkshire and the sewing space attached to their home in the same village.

“That was where my grandpa designed boats and caravans, and my nan made upholstery for them in a sewing room next door,” she says.

Jenni took to sewing and making her own clothes as a teen. And further down the line, while sojourning in Canada with her husband and baby son, she added quilting to her skillset.

“I’d found a bit of childcare for my son, and there was a quilting shop next door,” says Jenni.

“They really took me under their wing, they showed me how to quilt, and I haven’t stopped quilting since.”

Quilting appealed to Jenni not only as a craft, but also as a way to create something special and enduring.

“I think you get into it when there’s a trigger in your life where you want to capture a moment, or make something for somebody else,” says Jenni. Jenni’s passion for craft evolved into a career, and she now works from her studio as a quilting and dressmaking pattern designer and teacher.

A patchwork of stories

At the turn of the 2020, Jenni celebrated the release of her first quilting book – a collaboration with Liberty, the London label famed for its floral prints and art nouveau style.

Quilting With Liberty Fabrics (pub. Lucky Spool) details how to make 15 beautiful quilts using fabrics from each decade of Liberty’s 145-year history. The instructions are interlaced with historical detail on Liberty and its fabrics, and reproductions of swatches and other items from the brand’s archive.

“Whereas a regular quilting book would just have quiltmaking patterns, I wanted mine to tell the stories of all the quilts, too,” says Jenni. “Every quilt has a story behind it, and I’m really pleased to say that people seem to be getting a lot from that side of the book.”

sharing a lifelong love with the quilting community

Jenni’s history with Liberty goes back a long way. When she was little, her grandmother would often take her to search for the company’s fabrics at a sample shop in Lancashire. Jenni started collecting the fabrics, and she hasn’t stopped since.

“With Liberty fabrics, it’s always a love affair and not a casual fling,” she says.

“Because the fabrics have such heritage and history, you associate different memories with them. I don’t think any other company in the world has that same special heritage with fabric.”

Quilting With Liberty Fabrics gave Jenni the opportunity to delve deeper into her love of Liberty, scour the brand’s archive of over 50,000 prints, and work with its in-house team of designers. Meanwhile, Jenni was providing Liberty with something even more precious in return: a connection with quilters around the world.

“Quilting is such a community event, and I think Liberty needed someone who could connect with people,” she says. “I had to be a bit brave to pitch the book as an authored work, because a lot of quilting books are published in the brand’s name. I pulled it off, and I think that’s important, as it means readers can have that connection with the real person behind the book.”

Liberty isn’t the only British brand Jenni has championed in Quilting With Liberty Fabrics.

We were delighted to discover that the author included several models of Ernest Wright scissors in the photography for the book, including the antique stork embroidery scissors and the 8.25-inch dressmaker shears.

“I use the teeny-tiny embroidery scissors for snipping fine threads when I’m hand-quilting, and I used the dressmakers to cut up my husband’s old shirts to put into quilts,” says Jenni.

“I’ve always been interested in trying to support British brands, and I’ve always liked Ernest Wright’s ethos, so it was very nice to have the scissors in there for those reasons.”

As members of the craft community, we can all play a part in keeping each other’s crafts alive, whether we’re quilters, fabric makers or putter-togetherers. Thank you, Jenni, for showing us how it’s done.

For more information about Jenni and her book, please visit  www.jenni-smith.co.uk 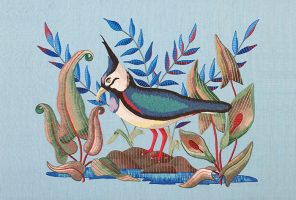 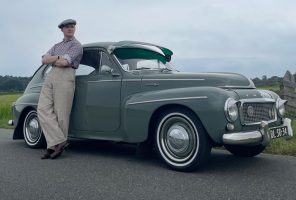 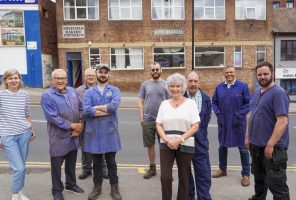 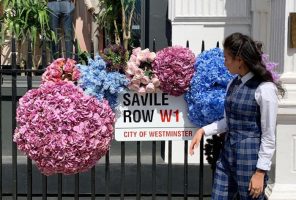 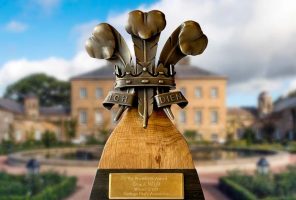 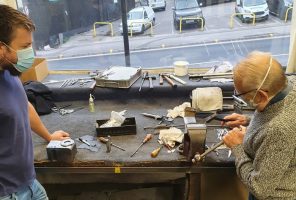 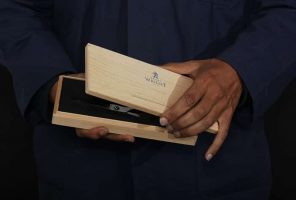 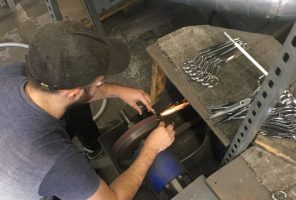 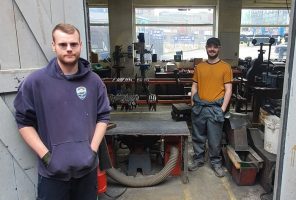